Steve Novak’s defensive abilities have recently been the subject of some debate.  Synergy says he’s good, and 82games says he’s not.  Our numbers say they’re both right, partly. 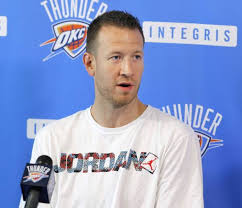 We can measure defensive ability across many different categories, including:

A) Keep in Front

In our sample (which includes the final quarter of last season and a little less than half the games played this season), Novak’s KIF% is 56%.  This includes all situations, from screens to closeouts to isos.  This puts him below the median for the Knicks, a little better than the league average, and just about 10 percentage points higher than Kobe Bryant (with apologies to morning radio hosts who still think Kobe is an adequate defender).

Our data has already shown the importance of getting a hand up on shooters.  At 38%, Novak’s Contest+% is average for the Knicks but toward the bottom of the league.

Novak at 42.11% is average in this metric for both the Knicks and the league.

DBL measures all attempted double teams as well as outcomes deemed effective (no points, no assist, etc.) and ineffective (assist, pass to open shot, crucial pass, foul, points).  At only 6% DBL, Novak is the worst double team defender on the Knicks and watching the film is a painful experience.  Novak’s inability to double quickly allows offenses to easily find open shooters.  Furthermore, Novak allows opponents to split his double team once every 5 attempts. This precipitates a complete defensive breakdown.

HELP measures all attempts to help a teammate after a No Keep in Front and again takes into account effective (no points, keep in front, no assist, etc.) and ineffective outcomes.  At 12.5% HELP, Novak is again the worst Knick.

What these metrics tell us is that if one were to look only at Steve Novak’s on-ball defense, he’s definitely adequate and even above average in some important categories such as KIF%.  But the full picture shows that because of his inability to effectively help or double team, he becomes a liability on the defensive end.  Because his weaknesses lead to points scored on his teammates, defensive ratings that only account for points against will not accurately measure his overall defensive value