Of all the potential shot attempts, a three-pointer from the corner is one of the best shots an offense can get. Across the league, players shoot at a higher percentage from the corner than from other spots around the three-point arc. One obvious reason is that it is the shortest distance three-pointer available. But what about other factors that can affect shooting percentages, such as how the defense reacts to the shot or whether the shooters’ feet are set? Using Vantages dataset from this season and last season lets take a look at how shot defense and shooter movement change from different spots around the three-point arc.

Because of some teams defensive rotations and their willingness to leave certain shooters alone in the corner, it is worth investigating whether the average corner three is met with less defensive resistance than other threes. If corner three-point shooters are getting wide open looks while shooters from other locations are getting their shots contested, then that could help explain why players hit corner threes at such a high rate. The corner three might not be that easy, its just that defenses are giving up open shots in the corner and guarding the threes around the wings and top of the key. 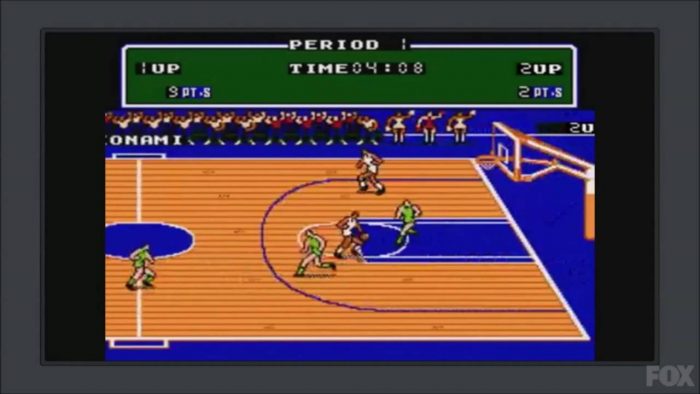 As the chart shows, defenses are challenging shots in almost the exact same ways from each of the locations. Regardless of location, roughly half of three-point attempts are strongly contested, and the other half are split about evenly among the remaining categories. So we know that defenses aren’t forgetting to contest three point shots, even when they are being launched from the corner.

To further explore the numbers, here are the shooting percentages by location and level of shot defense.

When defenses are strongly contesting the shot, the corner three loses some of its appeal. Shooters are hitting 33 percent of their strongly contested corner threes, about the same as a three from the wing. However, once the level of defense drops off, the corner three gets much more dangerous. When a defender simply can’t get a hand in the face of a corner shooter, the percentages jump up to 38 percent and continue rising above 40 percent as the defense gets worse. On threes from the wing and top of the key, the percentages don’t start looking good until the defense gets really lax.

Another reason corner threes may be generally easier than threes from other locations is that a player is highly likely to have his feet set prior to shooting when he is in the corner. Most players are much more comfortable taking jumpers with their feet set, as opposed to off the dribble. The chart below shows how often players are using their dribbles when taking jumpers from the three-point locations.

When we look at the three-point percentages by the number of dribbles, we can see that when players don’t need to dribble, the corner three is still made at the highest rate (38 percent).

The wing three is close, at 36 percent, but the corner three still reigns supreme in terms of efficiency. Once a shooter starts dribbling, those percentages drop. While shooting off the dribble decreases percentages in any of the locations, nowhere is it more drastic than from the corner. On the rare occasion that a corner three is taken off the dribble, they are only going in 25 percent of the time. Unless its Kobe Bryant in his prime, dribbling into the corner is usually a bad idea.

If dribbling is eliminated from the equation and we only look at the difficulty of zero-dribble threes, the chart looks like this:

Even after accounting for shooter movement and the strength of the defense, the corner three still comes out looking like the easiest three. The big difference with the short distance corner three comes when defenders aren’t playing strong defense. If a shot is launched from the wing or top of the key, the defense might be able to get away with not getting a hand up. But if that three-point attempt comes from the corner, anything but a great defense can turn an average shooter into a 40+ percent shooter.